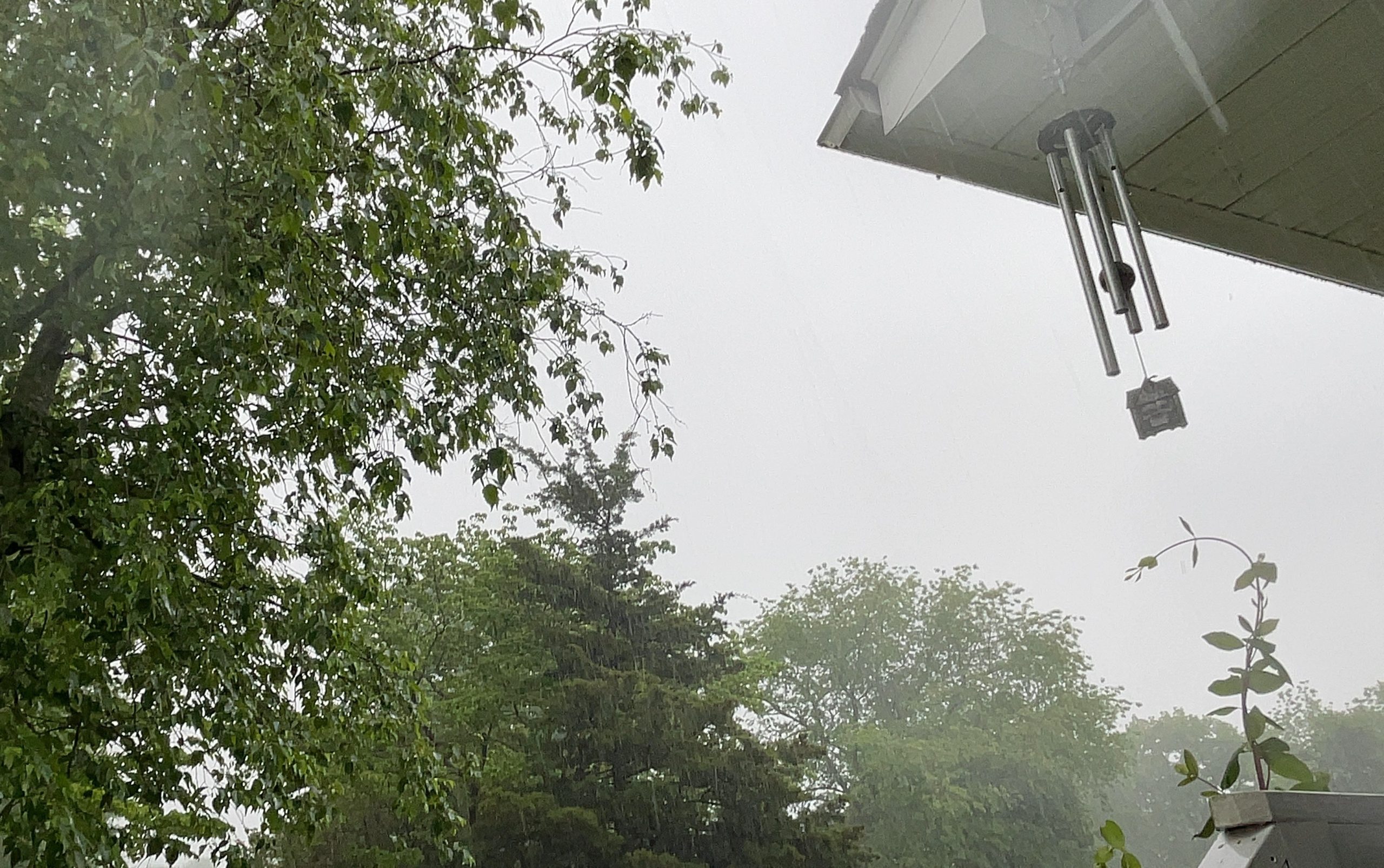 Late Saturday Morning Rainfall Results in Record Rain for May

SOUTH PLAINFIELD, NJ—On Friday afternoon and evening, a couple rounds of storms pushed through the Garden State, and produced another significant rainfall.  The rains didn’t stop there.  Conditions remained unsettled at GWC in South Plainfield, and late Saturday morning, the rain returned.  Strong thunderstorms brought another 0.34 of an inch of rain, and that resulted in a record May 2022 rain.

The three rounds of thunderstorms from Friday afternoon to early Saturday afternoon resulted in 1.92 inches of rainfall.  The second highest rainfall for the month pushed rainfall totals at GWC passed 6 inches for May 2022.  Prior to 2022, the highest May rainfall was in 3.58 inches.  When the latest round of rain at GWC ended on Saturday, the total for May 2022 reached 6.10 inches.

Monthly rainfall for May at GWC usually falls between 2 to 4 inches.  Higher rainfall amounts occur during April or the summer months of July and August.  The wettest month on record at Greg’s Weather Center in South Plainfield, New Jersey was August 2011 with 15.34 inches.  The most memorable rain during that month came in its final days from Hurricane Irene.  The storm dumped 5.34 inches on GWC.

Last year, the peak rainfall occurred during the months of August and September.  Rainfall from Tropical Storm Henri and the remnants of Hurricane Ida produced 11.12 inches combined.  In addition, a fierce storm struck during mid-September with high winds and torrential rains.  On September 13th, severe thunderstorms produced not only 50 mph winds, but also 1.07 inches of rain.  The rainfall rate in those storms was 23.04 inches per hour.

Thanks largely to the 7.38 inches from Ida’s remnants on the first day of the month, the total rain for September 2022 was 10.26 inches.   August 2011 and September 2021 currently stand as the two wettest months at GWC.  Tropical Storm Floyd produced 11.67 inches of rain at GWC on September 16, 1999.  However, there is no other rainfall data from that month on record.  It would be safe to say that September 1999 ranks at least second.

Despite the additional rainfall from storms on Saturday morning, the total rainfall since mid-Friday afternoon still remains just shy of the highest storm rainfall total of the month.  The late season nor’easter from May 6th to May 8th still tops the list 1.93 inches.  This latest storm is a very close 2nd with 1.92 inches.  Rainfall from morning storms on May 19th tallied 1.01 inches for a distant third.

Besides having a record monthly rainfall, May 2022 also produced the first two 90 plus degree days of the year at GWC.  On Saturday, May 21st, the hottest temperature to date of 92 degrees occurred at Greg’s Weather Center.  Coupled with a dew point of 72 degrees, the heat index reached 101 degrees.  The following day, the temperature climbed to 91 degrees with a dew point of 71 for a heat index of 98.

Currently, the global climate pattern indicates a lingering La Niña.  The forecast calls for the La Niña pattern to continue at least until July.  During La Niña years, New Jersey as well as the rest of the Mid-Atlantic usually has above average rainfall.  The record May 2022 rain is further proof that the correlation between La Niña and above average rain in the Garden State rings true.