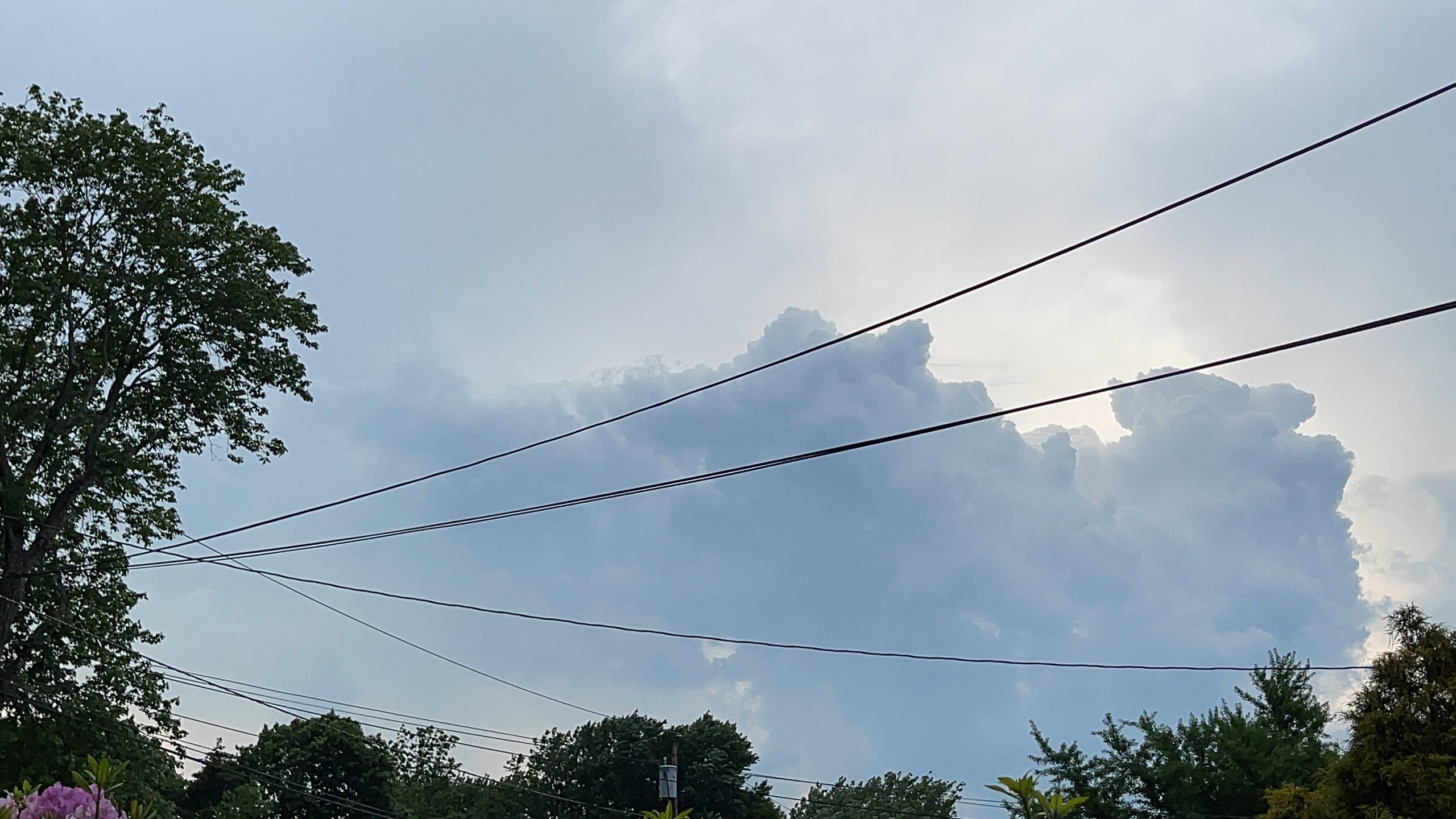 For the 3rd Time in a Week, GWC Spared in Severe Weather Outbreak

SOUTH PLAINFIELD, NJ—The brief flirtation with the blast furnace ended by Sunday night.  The rare Pre-Memorial Day heat over Northwest Middlesex County and the rest of Central Jersey gave way to another cold front.  The front produced another severe weather threat for the Mid-Atlantic.  Once again though, the atmosphere fizzled, and Sunday’s Severe Weather Tease ensued.

Ingredients were there for severe weather.  The high temperature at Greg’s Weather Center in South Plainfield, NJ reached 91 degrees.  In addition, the dew point spiked at 71 degrees.  The result was a max heat index of 98 degrees.  Not as hot or humid as it had been on Saturday, but it ended up quite close.  The situation seemed right for severe storms to develop in the late afternoon and evening.

The storms did blossom in Central and Eastern Pennsylvania.  A line of severe weather began to develop near State College, and took off as it drew closer to Pennsylvania’s capital of Harrisburg.  Expanding north to south, the line stretched from Allentown, Pennsylvania to just outside Washington, D.C.  A large explosion of thunderstorms occurred just west of Philadelphia late Sunday afternoon.

Fortunately for Northwestern Middlesex County, the northern portion of the line of storms began to break down.  While the southern end continued to hold together, and produce wicked weather in places such as Berks and Bucks counties, the northern side lost its punch.   As the line pushed into Western New Jersey, there appeared to be a outflow boundary type of signature ahead of it on radar.  This feature was quite definitive, and acted like a bulldozer as it pushed through GWC and the rest of Central Jersey.

Skies grew a bit ominous during the late afternoon and evening.  However, no storms developed.  Only a few sprinkles came down from the clouds, and a faint rainbow occurred.  Breezy conditions followed as the atmosphere began the transition to fair weather.  So, for the third time in a week, Greg’s Weather Center dodged a severe weather bullet.

Nevertheless, GWC has seen a wide variety of weather thus far in May 2022.  During the weekend of May 8th, a rare late season Nor’easter blew in, and produced wind, rain, coastal flooding, beach erosion, and temperatures in the 40s.  In addition, over four inches of rain has fallen to date in South Plainfield.  Add to that the three severe threats in the past week, and the recent two day fling with summer.  The atmosphere has been quite interesting this month.

A week still remains in the month so more could happen.  As a matter of fact, the Storm Prediction Center in Norman, Oklahoma, placed much of Western New Jersey under a slight risk for severe storms again this coming Friday.  Regardless of the skepticism, these flirtations with heat, humidity, and severe storms remind us that summer is fast approaching.