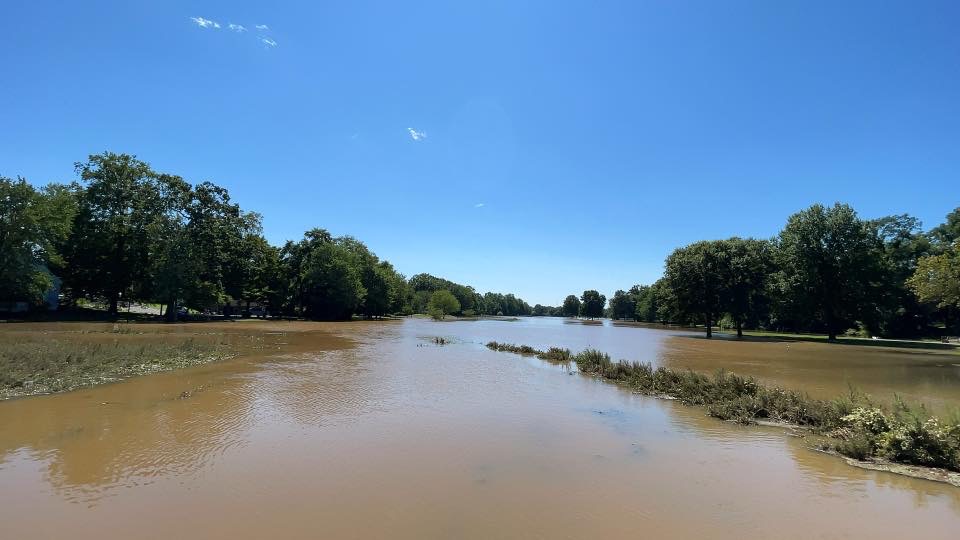 SOUTH PLAINFIELD, NJ—The month of May 2022 has brought a wide variety of weather to New Jersey.  From nor’easters to severe weather to a summer like heatwave this weekend, the Garden State has gone from one extreme to the other this month.  Now, with Memorial Day Weekend approaching, thoughts turn to whether it will be a busy hurricane season for NJ.

The Atlantic Basin should continue its very active pattern that began in the 1995 season.  With La Niña conditions, or cooler than normal sea surface temperatures in the Eastern Pacific forecast to last into at least July, the Atlantic tropics will likely have above average activity this year.  In addition, a continuing La Niña pattern is also trouble for New Jersey.

For instance, when Floyd struck the Garden State in mid-September 1999, it brought nearly a foot of rain to GWC in South Plainfield.  Nine years later, Hanna brought torrential rains amounting to 3.25 inches although it was a fast mover.  Then, there was Irene.  Topping off what is still the wettest month on record in New Jersey, Irene brought 5.33 inches to GWC at the end of August 2011.

Similarly to 1999 and 2011, the 2021 season brought its share of devastating rains to Central Jersey.  First came Tropical Storm Henri, which dumped just under three and three quarter inches of rain to South Plainfield on August 22nd.  Less than 10 days later, the remnants of Hurricane Ida, a Category Four storm when it made landfall in Louisiana, socked Northwestern Middlesex County with 7.38 inches of rain.

The rains from Floyd, Irene, Henri, and Ida produced the worst flooding ever at GWC.  Fortunately, in the case of Floyd, conditions had been mostly dry prior to the storm.  However, towns along the Raritan River such as Bound Brook and Manville suffered greatly from devastating floods.  The flooding that resulted from rains before and during Irene were the worst at GWC since the 1970s.

As bad as the floods from Irene were in South Plainfield, they would pale in comparison to that from Ida.  The storm’s remnants produced 7.22 inches of rain over a seven and a half hour period.  The peak rainfall rate during Ida at GWC was 4.97 inches per hour.  Between Henri and Ida, GWC received 11.12 inches of rain in just 10 days.

New Jersey benefits from the unique coastal geography of the Mid-Atlantic coast north of Cape Hatteras, North Carolina. The manner in which the coast juts inward helps protect NJ from a direct impact most of the time.  Nevertheless, storms like Superstorm Sandy and Tropical Storm Isaias proved the Garden State is not immune from wind or surge.  Most of the time though, torrential rains and flooding are the biggest threats.

Looking at the seasonal forecasts, all agree that there will be an above average number of storms, hurricanes, and major hurricanes.  Keep in mind though, that above average numbers don’t always result in a large amount of landfalling systems.  In addition, below normal seasons have also produced some of the most memorable storms. For example,  Andrew (1992), Long Island Express (1938), and Labor Day Hurricane (1935).

However, the greater the number of storms, hurricanes, and major hurricanes, the higher the risk for a landfalling storm.  According to Press of Atlantic City’s Joe Martucci, NJ has an above average chance for a strike or near strike.  Recently, a potent late season nor’easter produced coastal flooding and beach erosion along the Jersey Shore.  Therefore, a storm similar to Sandy, Isaias, or even Irene is not something New Jersey needs right now.

More importantly though, a major rainmaker along the lines of Floyd, Irene, or Ida is also not welcome.  So far this year, much of the eastern half of the United States including the Northeast and Mid-Atlantic has seen above average rainfall.  Only Coastal Carolina and Georgia have been experiencing drought conditions.  Consequently, residents must start to prepare now since it only takes one storm to make a season.